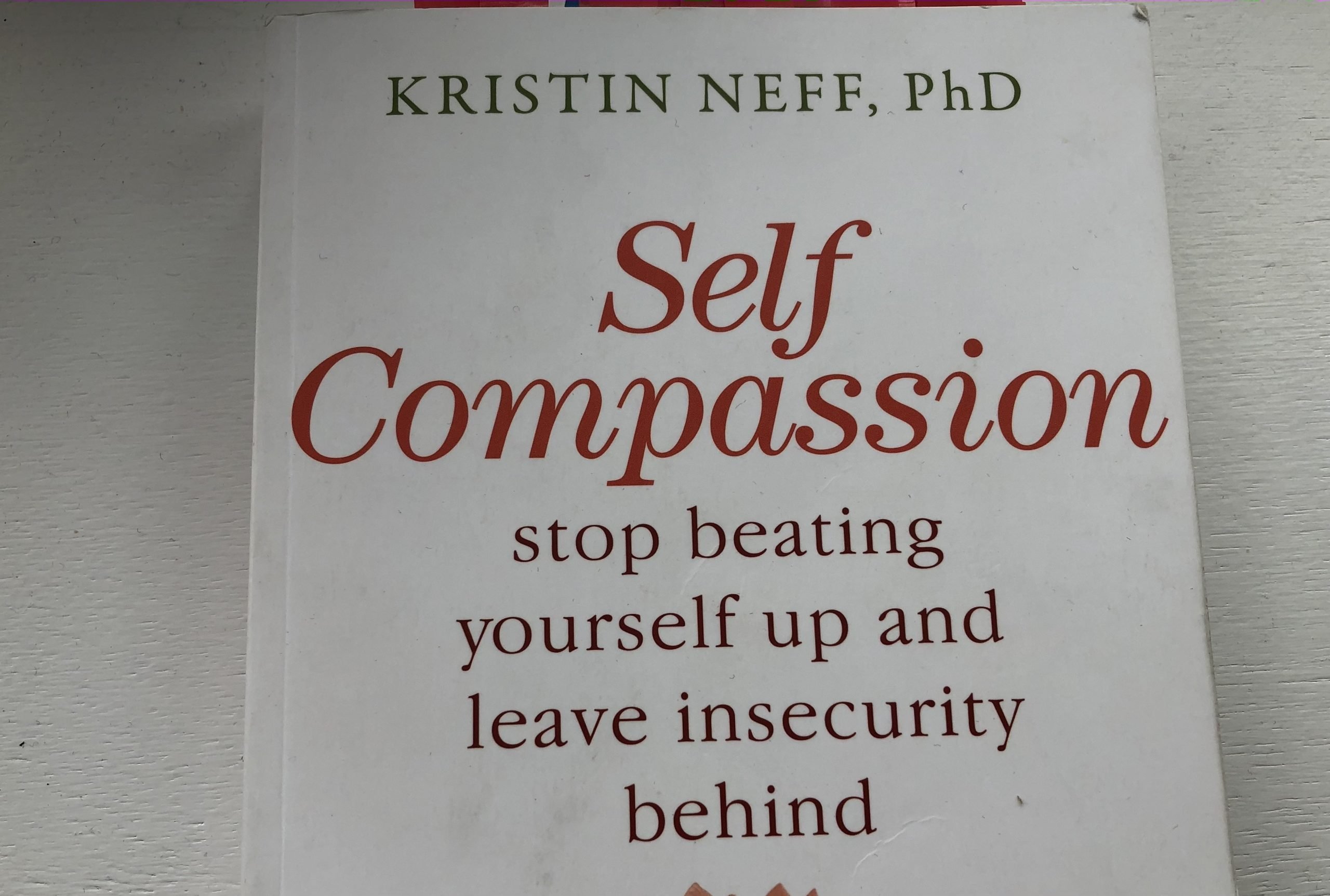 A very interesting book looking at self compassion and how to foster and approach it. A book that I have filled with page markers and annotations for referring back to.

The full title of this book is Self Compassion – stop beating yourself up and leave insecurity behind. So, consequently the book sets out the three core components to self compassion; Self Kindness, Common Humanity and Mindfulness. Most importantly this book sets out how to limit self-criticism and its harmful effects.

One of the most insightful aspects of this book for me personally was understanding the patterns of your inner self critic and where they come from. As a result of this, one can then begin to see that it is not your fault that you have a self critic. In fact, Neff wonderfully points out, we are all just human. We are not perfect and make mistakes, after all we are only human! It is this element of seeing the bigger picture that was also a moment where I sat and reflected. Neff describes this as the greater human experience, being part of the greater humanity. This has parallels to the concept of Ishvara pranidhana in Yoga, surrender to the divine. I often describe this concept as feeling a part of something greater than your individual self. We are all part of the common human experience.

The book nicely explains how the self-critic that we all have is a survival instinct. It originates from the fight or flight response and the associated negativity basis that we have. Our species survived because we were always on the look out for danger. We were able to pre-empt danger. We were able to criticise ourselves for doing things wrongly or for making mistakes. However, this is where the problem now lies. We are not in any immediate survival related danger in our western societies. So the self critic does not serve us well. Consequently the self critic is a source of stress and depression.

The Illusion of Perfection

A further part of this book that was quite insightful was the discussion around the illusion of perfection. The idea that we need to be “perfect.”

All too often , however, our minds fool us into thinking that we can, and in fact should, be other than we are.

The above quote summarises a common theme in our self critic. It relates to any aspect of life. The book puts this in to context by stating that it is not possible for everyone to be “perfect.” If that was the case there would be no reference point from which to measure. One element of practicing self compassion is allowing yourself to realise that you are only human. Humans make mistakes and in all likelihood many people have made very similar mistakes to you time and time again. Rather than beat yourself up, allow yourself to acknowledge that making mistakes is part of being human.

This approach is therefore absolutely mindfulness. It is about seeing things for how they really are rather than through the skewed view of the self critic. It is about learning to respond to mistakes and challenges with self compassion. This is in contrast to reacting with the same old internal self critical voice.

The book concludes nicely with a chapter on self appreciation. Actually allowing yourself to appreciate yourself! Trying to adopt this as a habit.

You can purchase the book on Amazon here:

You can find out more about Kristen Neff on her website; https://self-compassion.org/

Here is a previous blog relating to tips for dealing with stress; Mental Health Awareness Week – helpful tips to deal with stress